Cryptocurrency has certainly made a name for itself in recent years with its rollercoaster of ups and downs. We’ve heard about blockchain, the public ledger that records digital currency transactions, but what truly makes it so secure and is it worth to invest? This article dives into the depths of cryptography behind these currencies – is this technology just hype or does it hold something new and revolutionary within its grip? Join us on our quest to uncover all there is to know about cryptocurrency! 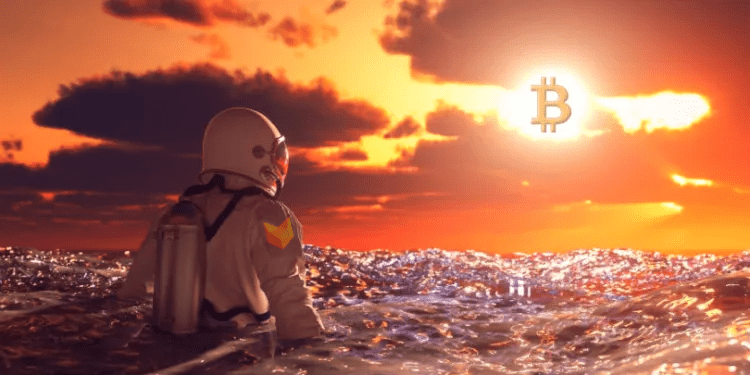 When it comes to cryptocurrency, there is no shortage of controversy. While some enthusiasts tout it as the future of money, others are quick to point out its various flaws and dangers. But beneath all the debate and speculation, there lies a complex and fascinating technology known as blockchain.

So, what exactly is blockchain? In essence, it is a public ledger that records all digital currency transactions. The ledger is maintained by a network of computers, which makes it virtually impossible to hack or tamper with. This secure system is what makes cryptocurrency so attractive to investors and users alike.  While blockchain is most commonly associated with Bitcoin, the truth is that this technology has the potential to revolutionize a wide range of industries. From banking to healthcare, there are many sectors that could benefit from the increased security and transactional efficiency offered by blockchain.

So far, cryptocurrency has had a tumultuous journey. Prices have fluctuated wildly, and regulatory uncertainty has cast a shadow over the industry. However, one thing is certain – blockchain is here to stay. With its potential to change the way we interact with data, this technology is poised to make a big impact in the years to come.

Cryptographic algorithms are mathematical equations used to encode and decode data. They are essential tools in ensuring the security of information systems and communications.When it comes to cryptographic algorithms, the two most popular options are Rivest-Shamir-Adleman (RSA) and Elliptic Curve Cryptography (ECC). RSA is a public-key cryptography algorithm that relies on the unique characteristics of prime numbers for impenetrable algorithms. It has been around since 1978, making it one of the oldest and most trusted encryption methods available.  On the other hand, ECC is relatively new and is based on elliptic curves over finite fields. An elliptic curve is a set of points in a two-dimensional plane, along with a specific equation that defines how each point is related to every other point on the curve.  ECC relies on the difficulty of solving certain mathematical problems that are associated with these elliptical curves.

ECC is considered to be more secure than RSA because of its shorter key length and the fact that it takes less time to generate keys.

In terms of cryptocurrency, both RSA and ECC are used as underlying cryptography algorithms. Bitcoin uses a combination of both for its transactions. The Bitcoin protocol is secured by SHA 256, a hash algorithm based on ECC. Bitcoin uses RSA encryption to protect the privacy of its users during transactions. By using a combination of both RSA and ECC, bitcoin is able to provide a high level of security for its users. This means that when a transaction takes place within the Bitcoin network, it is secured using elliptic curve cryptography and RSA encryption.

But which of these algorithms is stronger?

Well, in terms of security, it’s hard to say definitively which one is the better option. RSA may be more mature and trusted, but ECC is believed to provide more secure results due to its shorter key length and faster computations. Ultimately, it comes down to personal preference and what works best for specific applications.

To crypto enthusiasts, deciphering what is novel about cryptocurrency can be a bit like trying to read hieroglyphics. But despite the complex code and terminology, there are reputed novelties about digital currencies that make them so appealing. Three of the most common beliefs about crypto are the following:

1. Cryptocurrencies are decentralized, meaning they aren’t subject to government or financial institution control. This makes them an attractive option for people who want more financial freedom and independence. 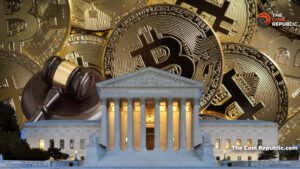 Cryptocurrencies have long been seen as outside of the grasp of governments and financial institutions, but this is no longer true. 2022 saw an increased effort by both to protect their own interests; Mastercard’s bold move in January  – blocking cryptocurrency-related transactions on its cards – was one powerful example. This has certainly changed how we interact with cryptocurrencies, giving power back to big players.  With further regulation looming it will be interesting to see how different players adapt and respond over time.

2. Cryptocurrencies are global and can be used anywhere in the world. This makes them much more versatile than traditional currency and opens up new possibilities for trade and commerce.

While Cryptocurrencies may have some benefits over traditional currency, they are not yet as global as they purport to be. Currently, there are few options for exchanging cryptocurrencies into other currencies, and most of the commerce that takes place using them is still between people who are familiar with and comfortable with using them.

While encryption is an important aspect of cryptocurrency security, it is not infallible. There have been numerous cases of cryptocurrency theft and fraud, which demonstrate that no form of security is 100% foolproof.

3. Cryptocurrencies are encrypted, which means they are safer and more secure than traditional forms of payment. This makes them ideal for online transactions and helps to prevent fraud and theft.

Cryptocurrency may have revolutionized the way people transact, but its security system is far from perfect. With RSA and prime number-based encryptions as foundations since 1970s, there are still many vulnerabilities to unearth in Bitcoin or any other cryptocurrency through social engineering attacks or finding underlying flaws within the cryptographic system itself.

In Jan 2018 alone, attackers managed to exploit a notorious weakness of Bitcoin resulting in millions lost.  Cryptocurrency technology also faced a major test with a recent ransomware attack on Atlanta where the hackers demanded Bitcoin payment for data access. Although officials chose not to pay, they did eventually negotiate and give a ransom in order to recover their files. Most recently, the FTX 2022 crash resulted in an immense shockwave through crypto markets as it caused BTC’s value drop drastically; this alarming event further highlighted both its capabilities and vulnerabilities. – which proves that this digital currency must constantly be monitored! To keep up with these ever evolving hacks and scams, network security specialists use their wealth of experience researching such issues on a regular basis.

So, is anything novel about crypto? In a word, maybe. The underlying technology- blockchain- has the potential to revolutionize how we interact with the digital world. But as for cryptocurrencies themselves, they’re still subject to government and financial institution control. This doesn’t mean that they can’t be used for financial freedom and independence; it just means you need to do your research before investing in them.

App Developers, MoMo, Rises to the Top of Clutch.co List

App Developers, MoMo, Rises to the Top of Clutch.co List